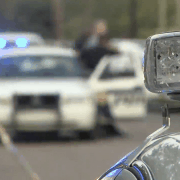 MOBILE, Ala. (WPMI) — The state is shining the light on what’s been criticized as the secretive practice of civil asset forfeiture, where police can take what’s yours if they believe it’s tied to criminal activity even if no criminal charges are ever filed. State law now requires more transparency. NBC 15 News has obtained a copy of the first state report released showing how much and what was seized in Alabama.

“If they find cash in a search warrant, they will take it,” said defense attorney Chase Dearman.

As was the case in 2013 when Mobile Police seized $15,000 from William Anderson’s home. The state had to give it back after the Alabama Circuit Court of Appeals later found the money was “illegally obtained” because the search warrant was “improperly executed.”

“This is the United State of America. It’s called due process,” said Dearman.

Dearman is highly critical of civil assets forfeiture and has successfully fought against it. In another case, he says police seized hundreds of thousands from a drug suspect who just so happened to have also won a large worker’s compensation settlement.

“And he had it in his shoe box, and they took every bit of it despite the fact he had documentation of the source of the income,” said Dearman.

A new report that’s now mandated by law to be published shows Alabama last year seized $4.8 million. District attorneys and the arresting agencies keep all of it. The report also shows 470 weapons were seized, 94 in Mobile County alone. That was the highest of any county in the state.

“It’s a very important law enforcement tool that can be used to protect the public. I don’t think anybody wants a drug dealer to profit from what he’s doing,” said Baldwin County District Attorney Robert Wilters.

Wilters has a very simple counter to critics of civil assets forfeiture.

Wilters also believes more transparency with reports like this will lead to less distrust of law enforcement.

“The only way we can do that is get the facts to the public,” said Wilters. 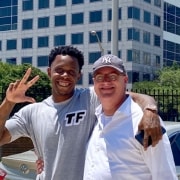 On May 29th, 2020, the following Conclusion was issued from a ruling by the ALABAMA COURT OF CRIMINAL APPEALS on the matter of CR-18-0332 Ezingim Demetrius Earl v. State of Alabama as stating the following:

Because the affidavit lacked sufficient probable cause to support the issuance of a search warrant for apartment 206, the circuit court should have granted Earl’s motion to suppress the evidence found in apartment 206. We therefore reverse the judgment of the circuit court and remand this case for further proceedings. In doing so, we note that Earl was originally charged with nine counts but that, because Earl agreed to plead guilty to one count of trafficking in marijuana, the State dismissed eight counts. Because this Court holds that the circuit court erred in denying Earl’s motion to suppress as to the apartment, this Court is also setting aside Earl’s guilty-plea conviction for trafficking in marijuana and his resulting sentence of life in prison.

Chase Dearman reverses a life sentence for trafficking marijuana conviction for 27.5 pounds of marijuana. William K. Bradford and Mr. Chase Dearman successfully argued that the search conducted by the police was illegal. The entire ruling by the ALABAMA COURT OF CRIMINAL APPEALS may be read here. 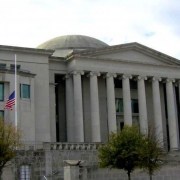 “If you’re going to make an objection, you’re not going to speak.”

“May the record reflect that I’m not allowed to make…”

“Get him out of here. Take the lawyer out. Get out.”

“May the record reflect…”

“… that I’m being ordered out of the courtroom…”

“… and the judge has lost his temper…”

That was the official court transcript from a heated exchange in February between Mobile County Circuit Judge Jim Patterson and local defense attorney Chase Dearman after a probation revocation hearing for one of Dearman’s clients appears to have run entirely off the rails.
The incident led to Dearman being held in contempt by Patterson, and since then, the issue has been appealed, remanded, affirmed and appealed again all the way up the Alabama Supreme Court. It’s one of two cases Dearman has challenged from Patterson’s courtroom and taken up to the high court this year.

Both he and Patterson declined to speak on the record, though much has been laid out in public filings.

The contempt case started during a probation revocation hearing for one of Dearman’s clients who was allegedly found in possession of synthetic marijuana. At the hearing, Dearman objected to a patrol officer positively identifying the substance he found in his client’s car, claiming the officer had “no training in narcotics whatsoever” and that synthetic marijuana was not “regularly identifiable.”

Patterson shot down the objection and maintained the rules for a trial wouldn’t apply during a simple probation hearing, and that the officer was allowed to testify to what he found during a traffic stop. Still, Dearman wanted to object in order to preserve the issue for the record and persisted.

According to the transcript, when Dearman tried again to get his objection on the record, Patterson told him “there was no objection” and then repeatedly stated “the rules don’t apply” over Dearman’s continued efforts to support his position. It doesn’t appear Patterson formally overruled the objection.

Patterson later wrote that he threw Dearman out of court because he felt his conduct was “a challenge to the court’s authority” and it was necessary to “promptly punish” him for the behavior. Dearman disagreed and quickly appealed to the Alabama Court of Criminal Appeals.

That appeals court found Patterson erred because he never actually told Dearman he was being held in contempt while kicking him out of the courtroom, and because he didn’t allow him “a reasonable opportunity” to excuse or mitigate his actions. However, after it was remanded back to Patterson and a hearing was held to correct those procedural concerns, the appeals court upheld the contempt charge.

Dearman has argued he couldn’t have been challenging Patterson’s ruling on his objection because Patterson never made one saying instead that “there is no objection.” The next stop was the Alabama Supreme Court, which is currently considering an appeal of the lower appellate court’s decision.

It’s worth noting Dearman has had issues with other judges this year as well. In April, District Judge Joe Basenberg held him in contempt and actually briefly detained him for an alleged comment he made after a ruling denying a motion to adjust the conditions of one of his client’s bonds.

Basenberg claims that after his order, Dearman immediately said in open court that the court’s decision was “ridiculous” or “absolutely ridiculous.” Basenberg went on to state that “both the manner and tone of the statement displayed an extreme level of insult and disrespect to the court.”

The other case involving Patterson that Dearman has appealed to the supreme court is also pending, but it has already led to an accused murderer being released from jail. In that case, Dearman claims Patterson revoked a client’s bond “without any legal basis” over his concerns with local court funding.

That client, Calvin Barnes, was charged with murder in 2016 for allegedly killing his brother-in-law, Eric Smith. He was initially scheduled to go on trial in 2018, but was delayed on multiple occasions, some at Barnes’ request and some at the state’s. Eventually, the trial was reset for May 13 in Patterson’s court.

However, three days before the trial began, Barnes made the decision to drop Dennis Knizley as his attorney and replace him with Dearman, who at the time was still in the middle of his appeals battle with Patterson over the contempt charge mentioned above. Patterson perceived the change of attorneys as an effort to delay the case and revoked Barnes’ bond despite the state never asking him to do so.

“This has the feel of the purpose to delay the inevitable. That’s what it feels like to me,” Patterson said at the hearing that day. “And so, frankly, I’m going to revoke his bond because I think — we are too broke. This circuit is too broke to [allow] another precious trial setting to pass.”

Court funding has been a significant focus for Patterson, who has drawn attention on several occasions by stating publicly that the local judicial system is “dead ass broke.” He also attempted to take legal action against the state last year to prevent money collected in local courts from going to the general fund in Montgomery — an effort that led to him being sternly admonished by the Supreme Court in June.

In the Barnes’ case, Patterson set a bond revocation hearing the day after he’d already ordered the bond revoked, which is allowed under the rules of criminal procedure. At the hearing, Patterson himself seemed to acknowledge he was getting into uncharted territory by revoking Barnes’ bond of his volition.

Last month, the Alabama Court of Criminal Appeals stayed Patterson’s order revoking Barnes’ bond as it considers Dearman’s appeal of the decision. He has since been released from custody at Mobile Metro Jail and has a new trial date set in 2020. Dearman withdrew from his case altogether in August.

Update: After this article was published, Dearman sent the following comment on his contempt previous charge in Judge Basenberg’s courtroom.

“The law of contempt clearly states the attorney shall be given an opportunity to mitigate his actions. The reason for that mitigation is to allow things to cool down. An adversarial proceeding can make for a heated atmosphere. The actual freedom of a citizen is at stake. After five minutes, that is exactly what happened. Both the judge and myself settled down. Although I don’t believe my conduct met the definition of contemptuous, I was wrong and Judge Basenburg was right to call me out on it. I have the utmost respect for Judge Basenburg personally and as a judge.”