You are here: Home1 / Drug Charges

An Overview of Alabama Drug Charges 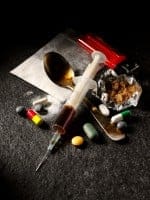 The Alabama Criminal Code contains numerous Alabama drug charges ranging from simple possession of marijuana to more serious offenses such as the distribution of drugs or drug trafficking. Punishment and sentences for drug crimes are harsh and may be more severe than warranted. Because of the link between drug use and other criminal acts, law enforcement aggressively investigates and prosecutes drug charges.

Chase Dearman of the Dearman Law Firm has aggressively represented countless clients facing drug charges. Often he has been able to resolve serious drug charges with deferred prosecution programs, drug court, or alternative sentencing. If you or a loved one is facing Alabama drug charges, please contact criminal defense attorney Chase Dearman for an appointment to discuss the case.

Possession of Drug Paraphernalia in Alabama

Alabama drug charges can result where a person is in possession of any equipment, material, or product that is used for making, growing, using, or otherwise producing a controlled substance, including marijuana.  Alabama Code § 13A-12-260 contains a long list of items that can be considered drug paraphernalia under the right circumstances.  Included in this list are such things as hypodermic syringes, scales, water pipes, bongs, and roach clips.  Possession of Drug Paraphernalia is a Class A misdemeanor.  Additionally, it is a Class B felony for any person 18 or over to deliver or give anyone who is under 18 and at least three years younger any item of drug paraphernalia.