MOBILE, Ala. (WALA) – The brother of a man shot to death by police on Thursday made threatening comments after his arrest, prosecutors said Monday.

Mobile County District Judge Spiro Cheriogotis ordered Tyhre Webster, 22, to remain in jail at least until a court hearing on Feb. 22 to consider a prosecution request to revoke Webster’s bond on a charge of shooting into an occupied vehicle.

A Mobile County police detective testified Monday that Webster made threats against police during a hone call from the jail, where police had booked him on charges of threatening a witness and reckless endangerment.

“There was evidence presented today of a phone call that Tyhre made from Metro Jail, where he indicated that he was going to harm the police if he should get out,” Mobile County Chief Assistant District Attorney Keith Blackwood told FOX10 News. “That evidence was presented to the judge, and based on that and every other factor that we have in this case, we asked that he be held with no bond, and the judge agreed and held him in that bond.”

Webster’s attorney, Chalea Tisdale, had a case in federal court on Monday. Lawyer Chase Dearman, who was standing in for her in Mobile County District Court, argued to the judge that Webster’s comments should be viewed in light of his raw emotions

The woman, Georgette Sons, told FOX10 News on Sunday that she does not believe police were justified in shooting her son. She said police should simply have knocked on the door.

“There was no direct threat. … It was just a general situation,” he said.

Tisdale told FOX10 News that she intends to oppose the motion to revoke Webster’s bond. She said she understands her client said something to the effect of, “I’m not going to let them get away with it” during a conversation with his girlfriend’s mother.

“None of the family wants that to happen,” she said. “They all want justice. … I do not consider that a threat.”

“He was distraught,” she said.

Tyhre Webster stands charged with intimidating a witness and reckless endangerment. Those charges were the basis of arrest warrants police were trying to serve both Webster brothers on Thursday. Prosecutors allege that both brothers last month tried to ram the victim of a robbery committed by Treyh Webster. Treyh Webster fired five shots into the air, according to the allegations.

Prosecutors contend the encounter was an attempt to pressure the victim into not testifying.

MOBILE, Ala. (WKRG) – The two men accused of robbery and shooting three men at a Chevron gas station in July of this year were in court for a preliminary hearing on Wednesday morning. Emanuel McAlpine is charged with three counts of attempted murder and robbery. Ghacquez Ludgood is charged with robbery.

A Mobile Police detective gave testimony in court that three men were shot in the head during the robbery on July 31, 2018. Surveillance video showed a man come in and point a gun at the clerk behind the register. Police have identified that suspect at McAlpine. According to investigators, McAlpine shot the clerk in the eye and went into the back room of the store. Detectives say that’s where McAlpine brought another man up to the register and shot him twice, once in the chest and once in the face. McAlpine is then accused of trying to make a third man open the register. When that victim was unable to open the register, police say McAlpine shot him in the head.

In court testimony Wednesday, police say they got a tip from the public that led them to McAlpine. Investigators say they looked though his Facebook photos and were able to identify McAlpine by a tattoo. Police found McAlpine a few days later, but say he had another tattoo covering up the original, identifying tattoo.

Investigators say when McAlpine was questioned about the July 31 robbery and shooting, he told police he and Ludgood went to the store to confront one of the victims about an alleged rape involving Ludgood’s sister. Prosecutors and police don’t believe that is true.

“There’s absolutely no evidence that would corroborate that In any way,” said Assistant District Attorney Keith Blackwood. “We heard testimony about communications between the two defendants on Facebook. This was clearly a robbery that turned into a shooting.”

Detectives say McAlpine told them he and Ludgood conspired to commit the robbery. McAlpine told police Ludgood ran before the crime was committed.

“Just because somebody says something does not mean it’s a voluntary confession,” said Chase Dearman who is representing McAlpine. “Before it can be admitted into any trial against somebody’s guilt, it has to be proved that it was voluntary.”

Ludgood allegedly told police he bailed out of the plan before the robbery and that McAlpine acted alone.

The three shooting victims have not positively identified McApline as being the man who shot them. So far, police have been unable to find the gun used in the shooting.

A judge set bond for Emanuel McAlpine at $400,000, but 5% of that must be paid in cash. However, McAlpine will be held without bond while the court considers a motion to revoke bond in another case.

The case involving McAlpine and Ludgood will now be sent to a Mobile County Grand Jury. 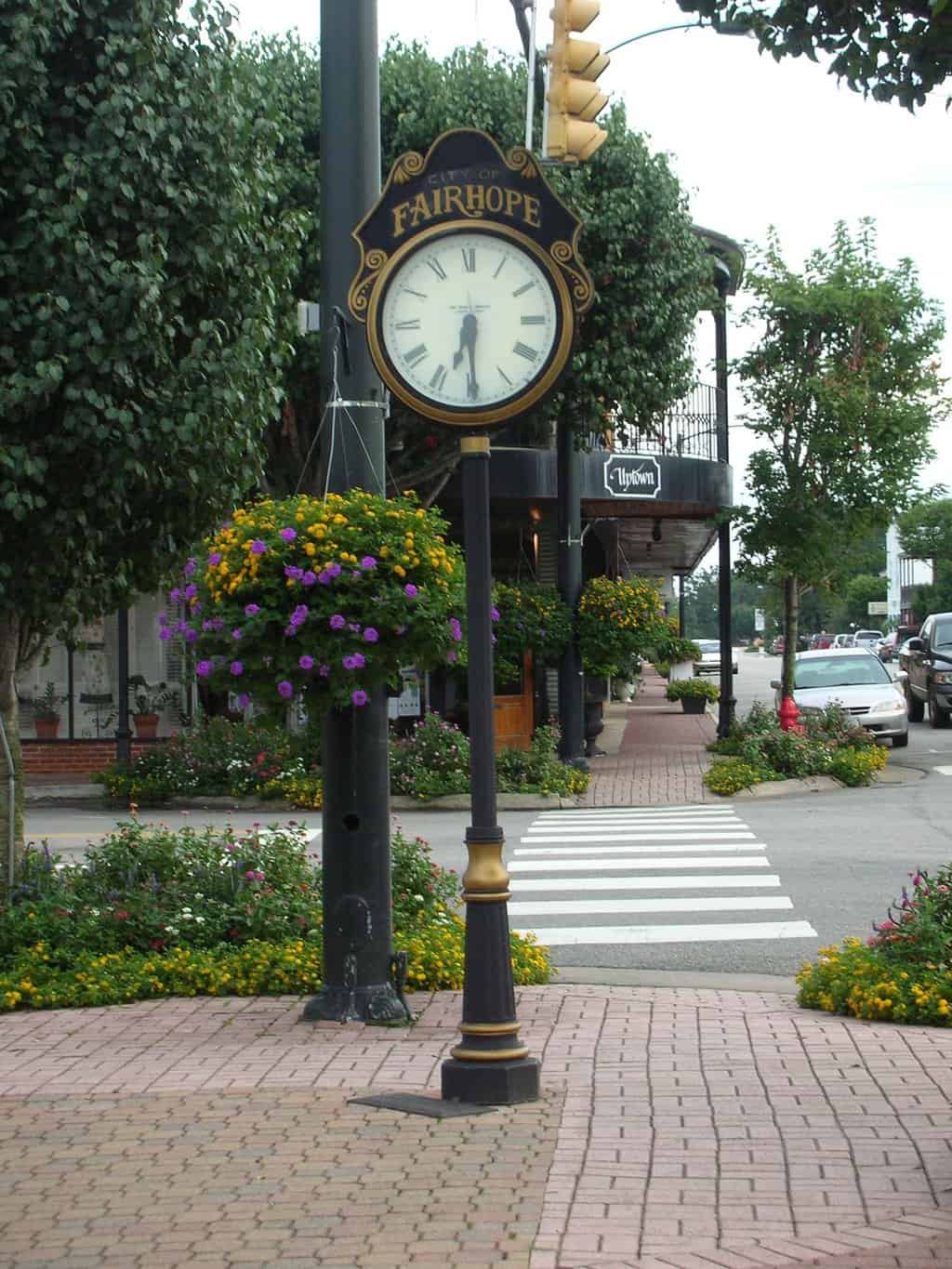 Fairhope resident Bruce Keishawn Salter, 26, was acquitted of capital murder charges Feb. 3 after spending 954 days in jail awaiting trial for his connection to the 2013 murder of another Fairhope man, Donald Howard.

After a seven-day jury trial at the beginning of this year, a Baldwin County jury returned a unanimous not-guilty verdict in Salter’s case, which included charges of murder during a robbery, murder by a deadly weapon and tampering with physical evidence. Salter was originally arrested on Oct. 8, 2013, and indicted on six counts, including capital murder and tampering with evidence.

Howard died Jan. 14, 2013, after being shot multiple times and robbed of money, a cell phone, a pocket knife and a red bandana.

The complaint, which is pending in federal court, says the agreement was breached on June 24, 2013, when Salter was arrested and charged with capital murder. The District Attorney’s office believes Salter did not tell the whole truth during the investigation.

Salter was alleged to have driven Howard to the 7700 block of Parker Road, where Howard was killed.

Dearman said Salter and Howard were riding to a different location when Jenkins called and told them to come to the home on Parker Road. Dearman said they pulled the car up beside a vehicle parked in front of the location, and Salter jumped out to urinate. According to Dearman, while Salter was out of the car, Jenkins shot Howard five to six times. Dearman said Salter did not see the killing but did see Howard slumped over in the car.

Shortly after the killing, Salter contacted Dearman to tell the story, and they relayed the information to the Baldwin County District Attorney’s office. Investigators used information provided by Salter to arrest and charge Jenkins in the case. Dearman said had Salter not come forward, investigators would not have known a crime occurred.

Dearman said throughout the life of Dixon’s proffer agreement with Salter, his client was truthful and helpful to investigators. However, Dearman acknowledged that in Salter’s initial interview, he did not tell the investigators about the $24 he took from Howard’s pocket and the final shot to Howard’s head.

In trial, prosecutors argued Salter knowingly set up Howard, then lied to investigators about his involvement. Salter’s attorneys said their client’s story never changed and evidence proved his innocence. They also questioned why prosecutors sought a capital murder charge when evidence showed the defendant didn’t fire a shot.

“Legally, aiding and abetting allows for a broad reach, but in a capital murder charge it is statutorily limited to the actual killing itself,” attorney Grant Gibson said. “To charge someone with capital murder, under the theory he aided and abetted when the evidence did not show that, was a strange tactical decision.”

Following his release from jail, the District Attorney’s office hit Salter with another three-count indictment for an unrelated incident. According to the new indictment, Salter faces charges of attempted murder, discharging a firearm into a vehicle and reckless endangerment. Court records show Salter now awaits a bond hearing for those charges later this month.

Jenkins was found guilty of murder Oct. 2, 2015, and sentenced to life in prison in the Bibb County Correctional Facility. 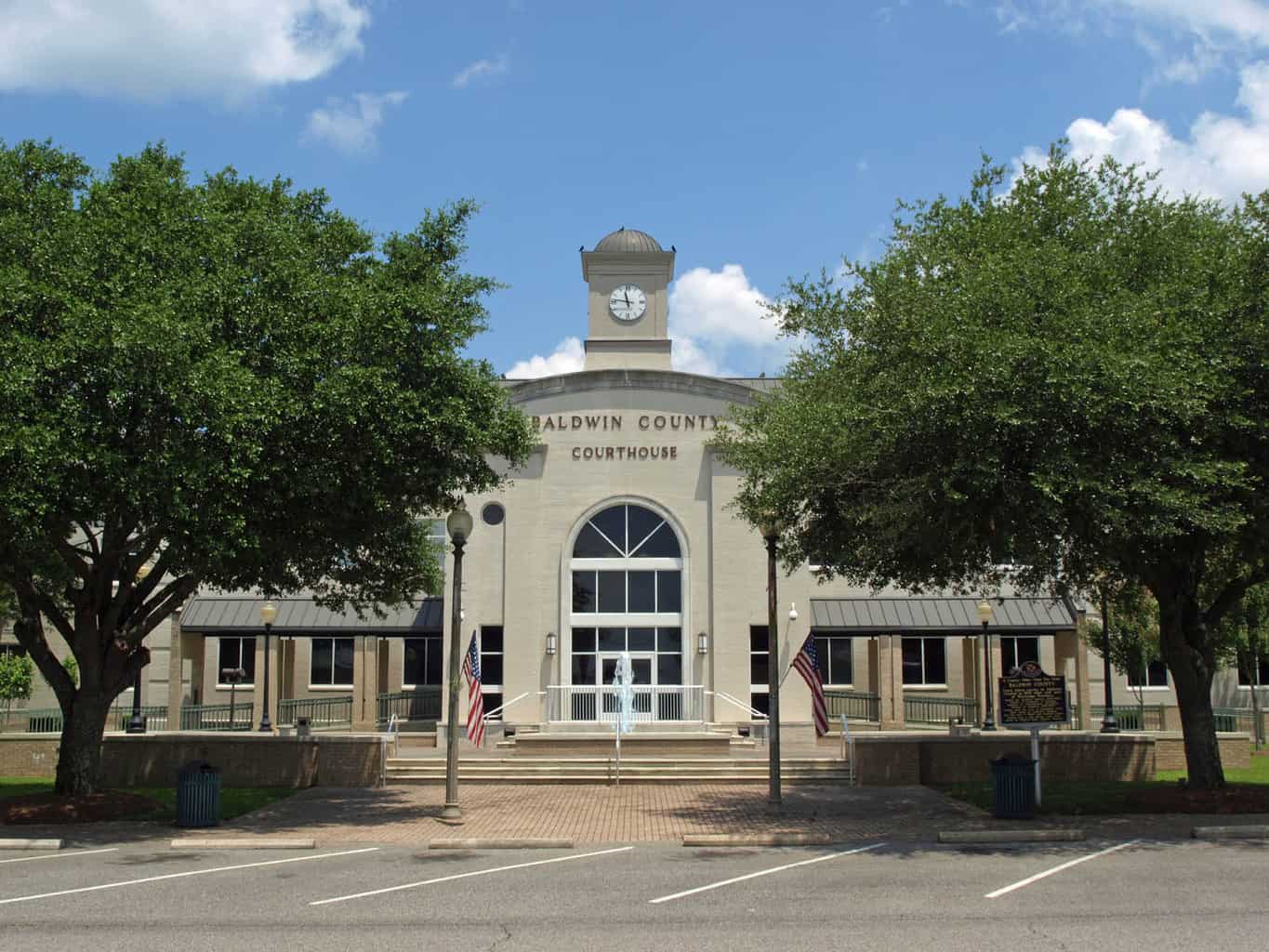 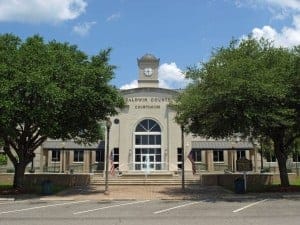 After a seven day jury trial at the beginning of 2016, a Baldwin County Jury returned a unanimous verdict of “Not Guilty” to all counts in the indictment in the case of State of Alabama v. Bruce Salter, CC-2013-1961. Dearman’s client was charged with Capital Murder while committing Robbery in the First Degree; Capital Murder and Shooting into an Occupied Vehicle and Tampering with Evidence.